2006.12.19.
On 19 December 2006, the II. Czinka Panna Roma Culture Event was organized in the theater hall of the Bartók Béla County Cultural Center in Győr in the presence of 450 people. This program consisted of 3 parts: in the first part, the county amateur artists could introduce themselves, in the second part the talents of the county and the Transdanubia region, who had a long history, had the opportunity to show themselves, and finally, an “already successful” star guest could give an example to the others about the result of hard work. In addition to the association's own contribution, the Győr-Moson-Sopron County Self-Government and the Roma Minority self-government of Győr have provided support for the event with a budget of nearly HUF 1 million. The organizers sought to represent all three cultural groups in as many artistic fields as possible (poetry, folk dance, authentic and modern music, etc.). 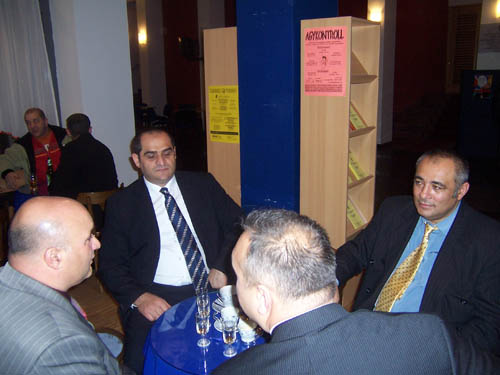